The History Behind Veneers

Dental veneers were founded in 1928 by a dentist named Charles Pincus in California. They were used originally to function as a temporary fix for changing the appearance of an actor’s teeth in film. In 1937, the history behind Veneers are made of acrylic were adhered to the teeth temporarily with denture glue. 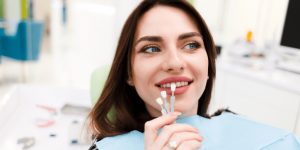 With the rise in popularity of etching in the 1960’s, the concept of bonding veneers of porcelain to etched tooth enamel came about. In 1982, it was revealed that this process was indeed possible, if the tooth was etched with hydrofluoric acid. For the first time, veneers could be bonded permanently. In more recent times, bonding agents and adhesives have been improved through extensive research, allowing veneers to last anywhere between ten and thirty years before they crack, leak, chip, discolor, decay, or have problems associated with gum line shrinkage or tooth injury and grinding. Veneer costs can vary based on experience and other factors associated with the Tampa Cosmetic dentist performing the procedure. Veneer costs can also vary based on office location. Offices in the United States may offer the procedure for upwards of $3,000 per tooth, or for as little as $1,000 a tooth.